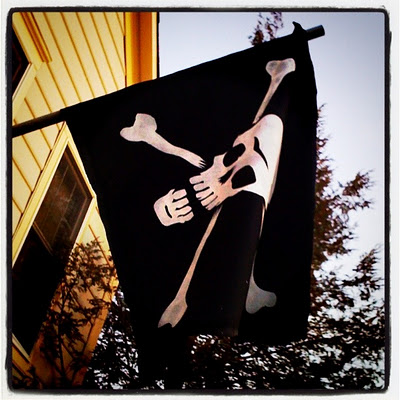 One sunny winter day, between Christmas and New Year’s, me littlest scallywag turned 10 years old! In celebration we flew the great Jolly Roger and hosted a band of buccaneers for an afternoon of merry mayhem! 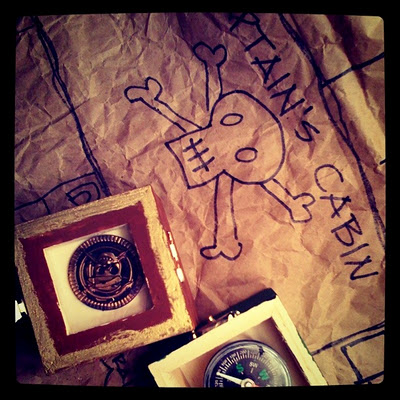 Guests arrived while the movie Pirates of the Caribbean played in the background. Then they began a craft: making compasses. I purchased plain wood boxes with hinged lids at Michael’s. After they were decorated with paint and sharpies we hot glued a working (sort of) compass inside each one.
Afterward it was time for the treasure hunt! I bestowed upon them an ancient treasure map of our house, “Captain’s Cabin” and yard/park, “Pirate’s Park” as well as the first clue…all written on brown crinkly craft paper. The clues had them running outside all over the place as they found each clue and respective “booty” (bandanas, spy glasses, and skull rings). Finally, the last clue lead them to… 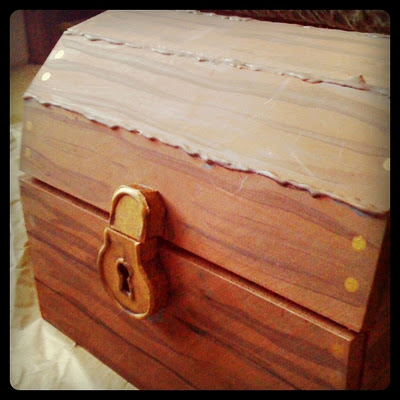 …the amazing treasure chest! (made out of gator board by my husband) 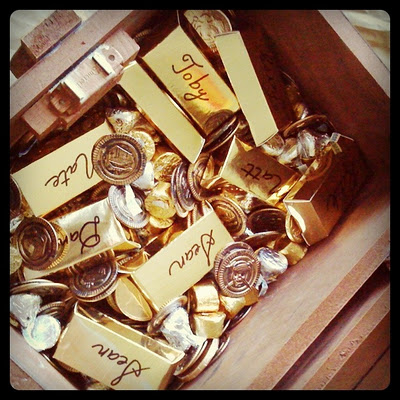 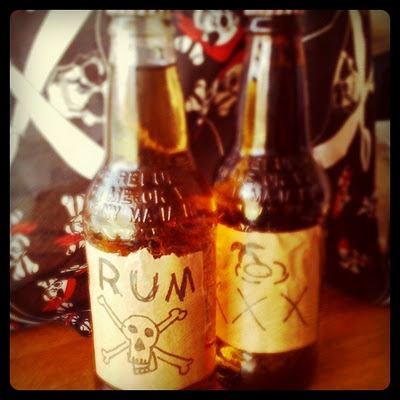 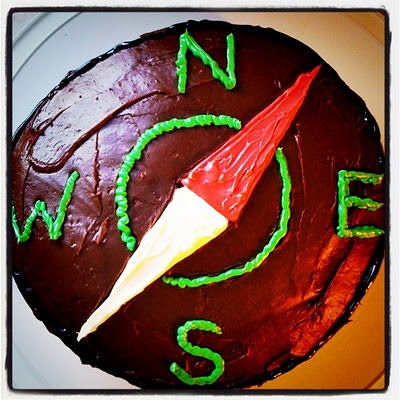 …and of course a big slice of Compass Cake!
As crazy as it is to wedge a birthday party in between the holidays, it is a nice thing to do with the boys over the winter break. My youngest loves to plan a party and delights in every detail. Sometimes I have to apply some gentle breaks on his runaway party plans, but I know our days of theme parties are limited. (Do you recall last year’s Harry Potter Party?)
Ten years old, oh my! Happy Birthday, Matey! You are one of a kind. :)