Every Christmas I try to make a few hand knit gifts. Since my boys don’t care for hand knitted items I opt to knit for my 3 nieces. (Once I knit a gorgeous top down roll neck sweater for my then-5 year old son. He refused to wear it until I sewed a label in it with his name and a Batman logo. True story.) 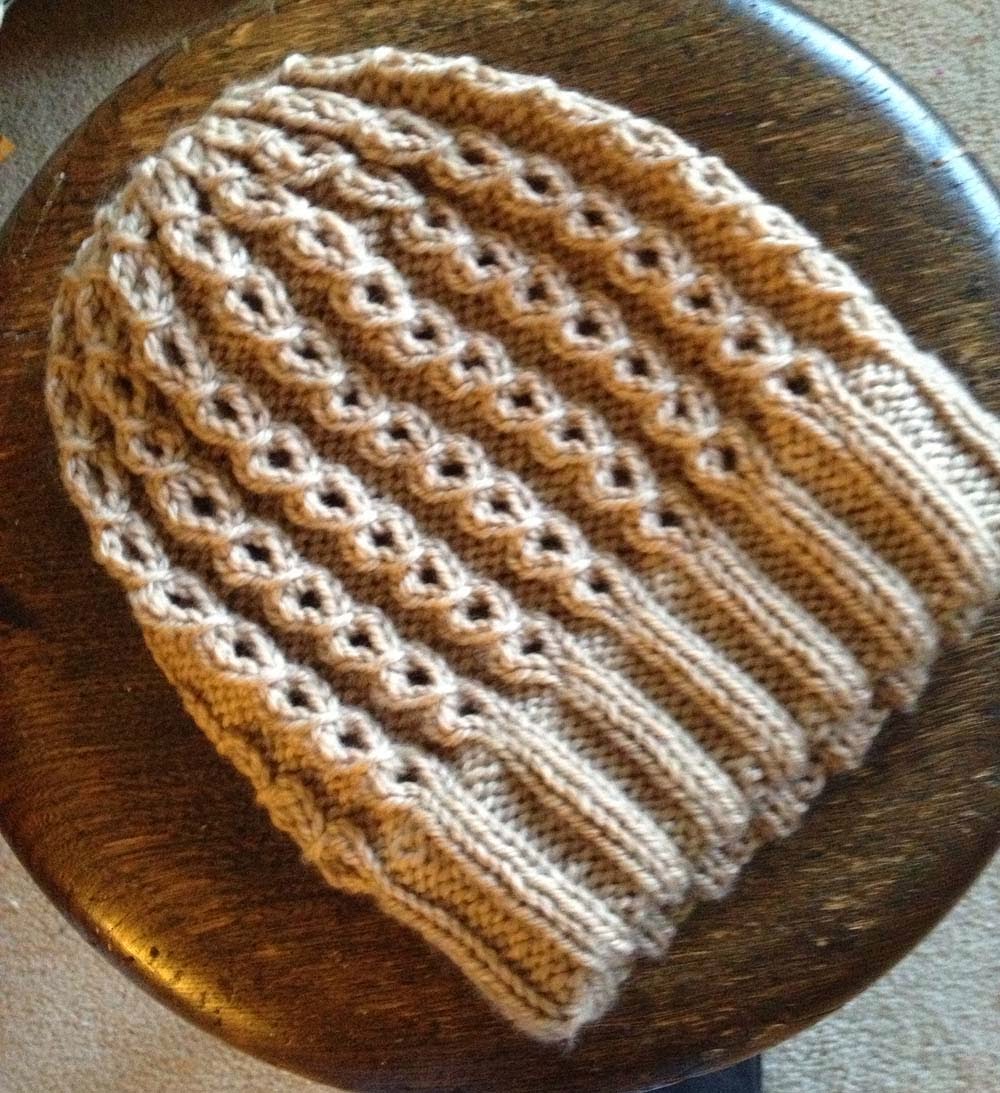 First up for my west coast niece is the Jane hat, designed by Jane Richmond. I’ve knit this hat several times and it’s always fast, fun and pretty. This time I used a Shepherd Worsted superwash merino wool yarn from Lorna’s Laces in chino. The hat turned out very squishy, slouchy and pretty darn near perfect. 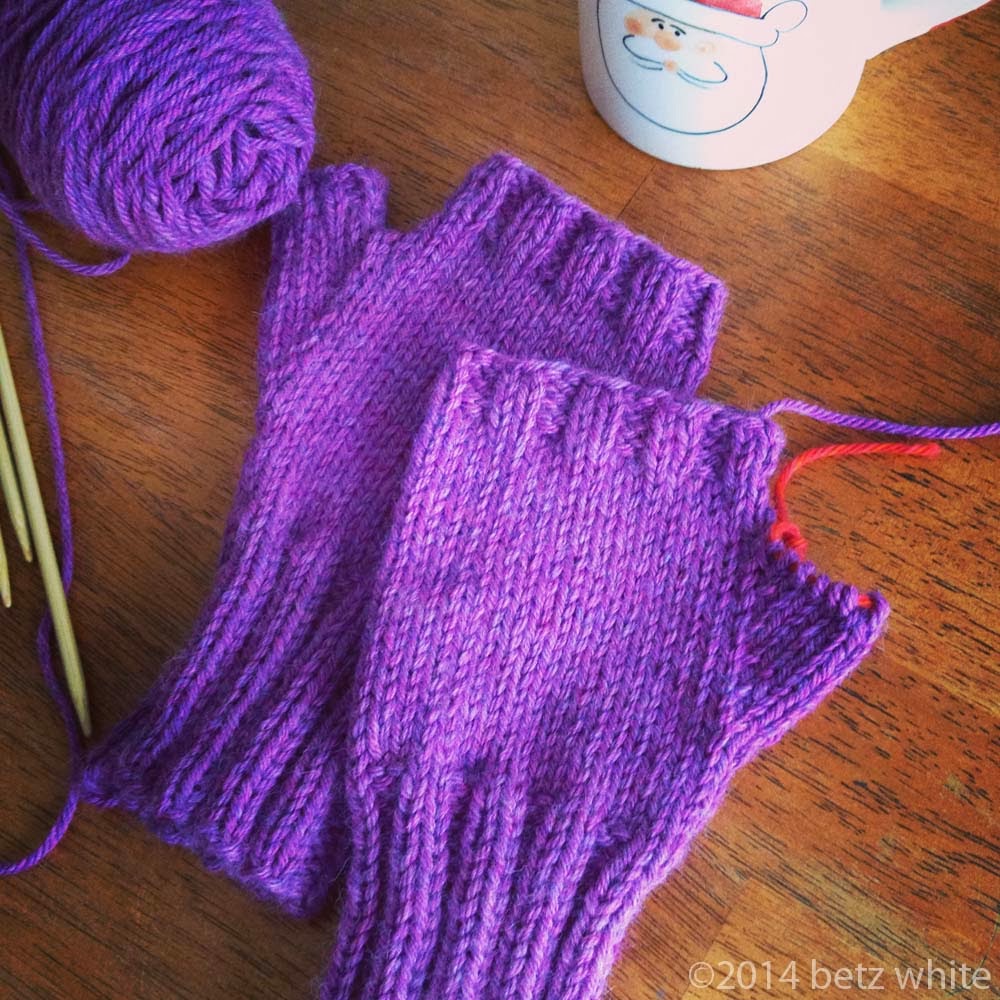 My 12 year old New Jersey niece wanted fingerless mitts to go with her berry colored coat. I used Susan Anderson’s Waiting for Winter Mittens and Fingerless Mitts pattern in a washable worsted wool yarn from Berroco. This shot was taken with the thumb stitches being held on waste yarn ready to be picked up and finished. Also a fast knit and only used about half a skein. I hear they were a hit and are being worn. Good news! 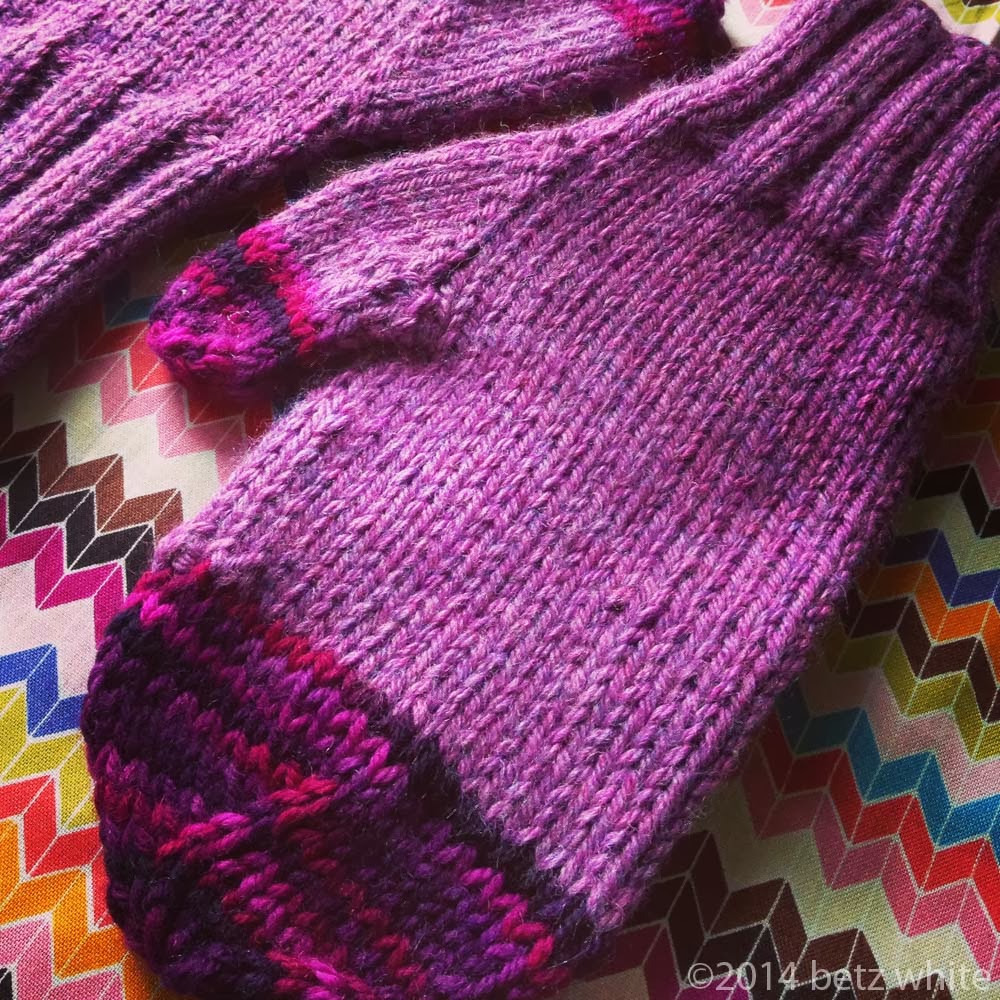 Since I had leftover yarn, I used it to make my Pennsylvania niece mittens, also using Susan’s pattern. I decided it would be fun to tip the fingers and thumb with another color. I used a bit of Cascade 220 Paints superwash that was leftover from the hat (also a Jane!) that I knit this niece for Christmas last year. Awesome! I thought I was being so clever, using yarn scraps and matching last year’s gift. The day after Christmas I was able to see my niece and watch her open the gift in person. She seemed appreciative but a little…quiet. Later when I talked to her mom privately, I was told that my niece had lost the hat and felt badly about it. Drat! So much for coordinating accessories. No worries, I told her. I’ll just knit another one! I think that will make Jane hat #5 for me, but who’s counting?

I’ve lost hand knit hats before and it is a bummer. I just hope that it ends up on somebody’s head somewhere keeping them warm, rather than thrown away. Once I lost my hat in a Good Will Store. It’s not like you can really go back looking for that in a sea of pre-owned items! Oh well, just another excuse to knit more!

Now that the holiday knitting is over, what should I knit next? (I mean, aside from the Jane replacement hat!)