Hello friends! I’m so excited to be here. I admire Betz so much and I’m still pinching myself to check I’m really a part of her sewing collective. As it appears to remain true, I will get straight the other thing leaving a bubbly, happy feeling in my gut…these adorable polar bears, Flurry and Fluff! 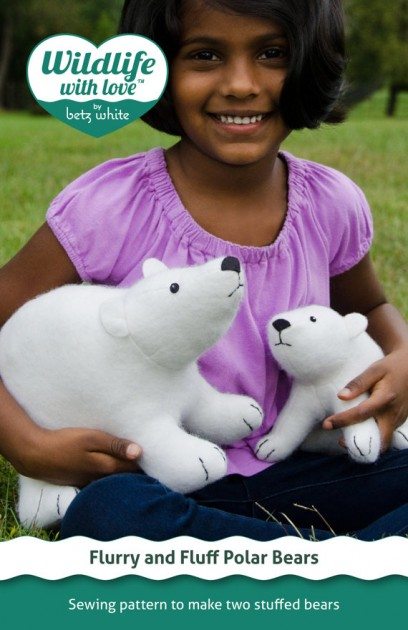 Betz gave me the option of choosing any of her patterns and right away (like within seconds) I knew I needed to make these cuddly, sweet bears. See, my youngest son is an avid polar bear fan. His most loved stuffed animal is a worn-out polar bear named Bobo. To put it nicely, Bobo has seen better days. To put it honestly, Bobo looks like the kind of old dish rag you would probably avoid touching with your pinky finger. (To get really honest, that one time we forgot Bobo at daycare we snuck in after a fitful night and tucked an old wash cloth into my son’s arms and he slept the rest of the night). Bobo has no stuffing, barely any fur, has gone from white to a dirty grey color and is worn threadbare…a true Velveteen Rabbit. I knew I could never replace Bobo but I also knew that my son would love a mama-made polar bear with all of his heart. So, a set of polar bears! Well, forget about it. It’s a slam dunk. 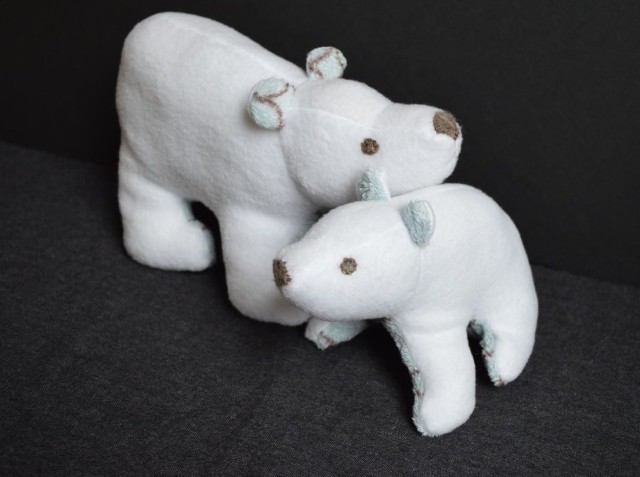 Just look at these two! Who wouldn’t want to snuggle up with them? I mean, they are love incarnate. A baby and a daddy polar bear with this much personality! Totally irresistible. 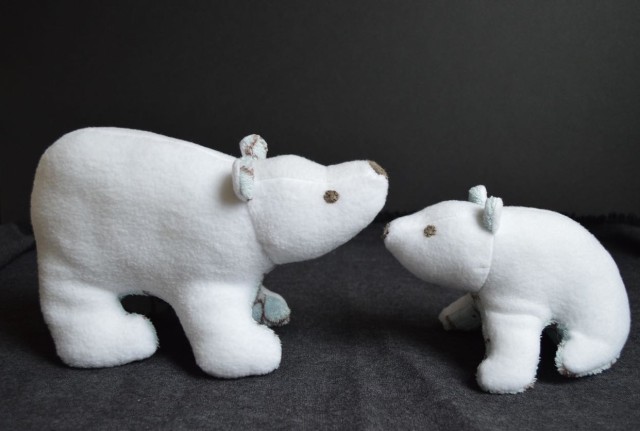 Here is the extra special thing about these polar bears and the the thing that makes me start to get weepy. In addition to using a snuggly white fleece for these bears, I used an old baby blanket for the ears and belly of these two bears. You know those baby blankets you cannot get rid of? The ones that make your heart swell with memory? I cut one of those up and used it to make these bears. 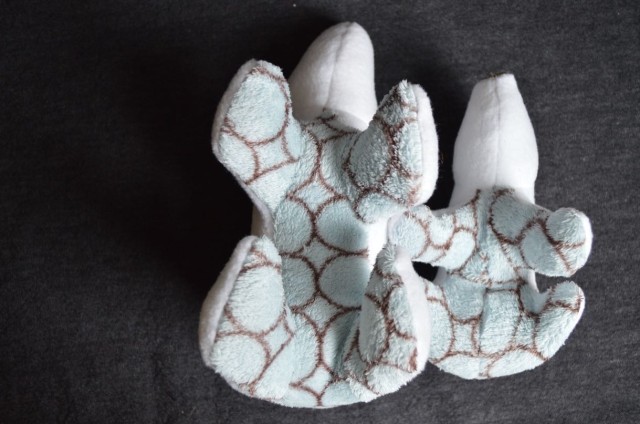 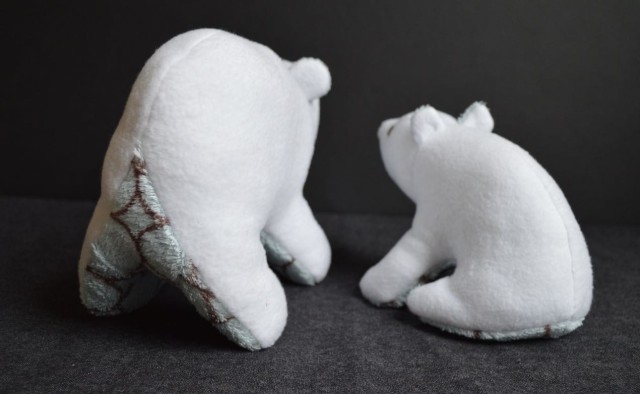 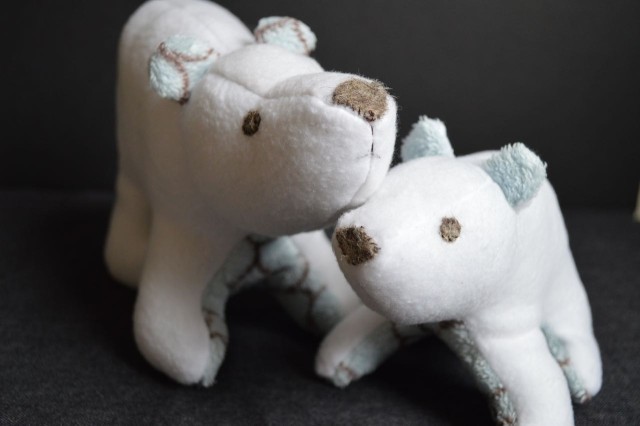 It was my son’s sixth birthday last week (Is it just me? Is six a really big number or what!?) and amidst all the gifts; the Legos and basketball gear and plastic pirate ships he opened these two bears. The first thing he did was rub their bellies against his cheek. Sniff. He’s six but still my baby.

As I had hoped, he loves them. Now he has three polar bears in bed with him at night and I feel like a sewing rock star. 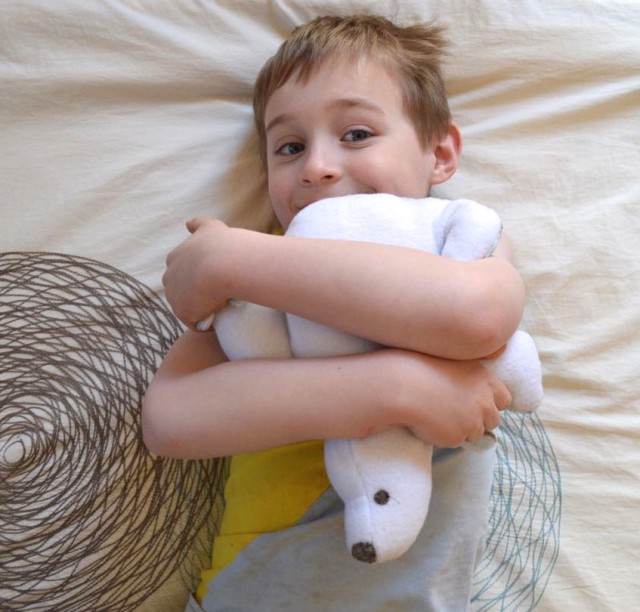 A few details: If these polar bears look great, the credit goes to Betz. This pattern is meticulous and detailed but not complicated. At first I was terrified because the pattern uses an 1/8″ seam allowance. As it’s designed for wool felt and I was using fleece (both the white and the blanket are fleece) I worried I would struggle to see the raw edges of the fabric and sew so precisely. I considered adding in seam allowance but ended up sticking with the 1/8″. Turns out, every piece is so thoughtfully put together and each step of the instructions so clear; it was easy. Betz makes me look good. I also added blanket fabric to one-side of the adorable ears and that involved altering the pattern to make the ears two-sided. Again, it was a simple change and I’m thrilled with the result!
I’m addicted to the idea of making special stuffed animals with old baby blankets now. My next plan is to make this teddy for my older son’s birthday with his baby blanket. What better way to commemorate the passing time, right?! Plus, he is a teddy bear man.

This post is part of the Betz White Sewing Collective series. Content is written by compensated contributors expressing their own views and opinions.

Share on TwitterShare on FacebookShare on PinterestShare on LinkedInShare on Email
baby blanket, polar bears, softies