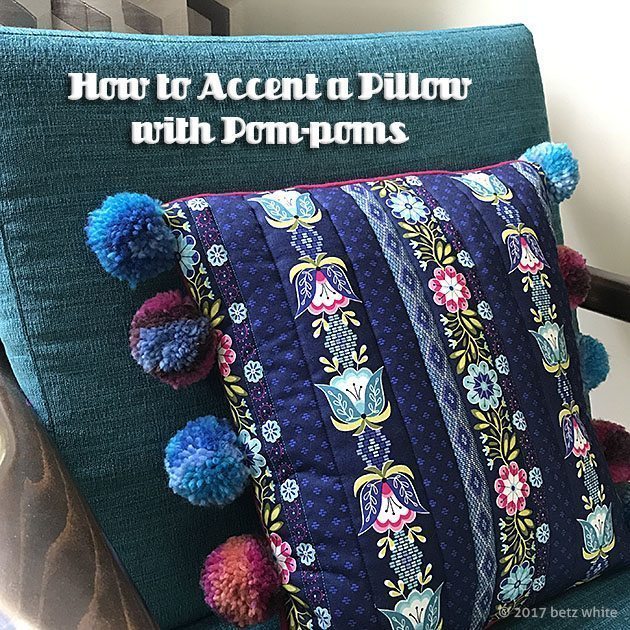 Pom-poms are super hot right now and there are a million and one ways to use them! Accenting your sewing projects with pom-poms is a fun way to get in on this trend. Throw pillows are a natural candidate for some pompom embellishment!

I made this pillow using one of my Juxtaposey fabrics for the front. It’s a linear print so I just spray basted some batting and backing to the front, then quilted it in straight lines along the rows of motifs. The back is made out of fuchsia wool with an envelope closure. You could do something similar or, better yet, add pompoms to an existing pillow cover that you made or purchased. Instant (almost) gratification!

You’ll need to make 8 pom-poms to create the look shown here. I used my Llamallooma™ Pom-pom Maker and 2 different ombre yarns. Both are a thick bulky weight yarns with a low twist. You can find the video for making a Basic Pompom on my Youtube channel. 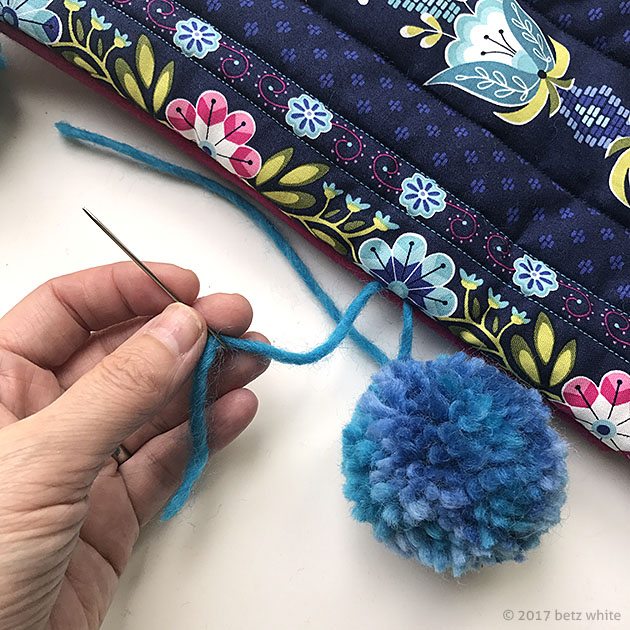 If your pillow cover is removable, take the form out before doing the next step. After you’ve made your pom-poms, you’ll need a tapestry needle to attached them to your pillow cover. Thread one tail from the pom-pom ties onto the needle. Take a stitch into the seam line of the pillow cover. 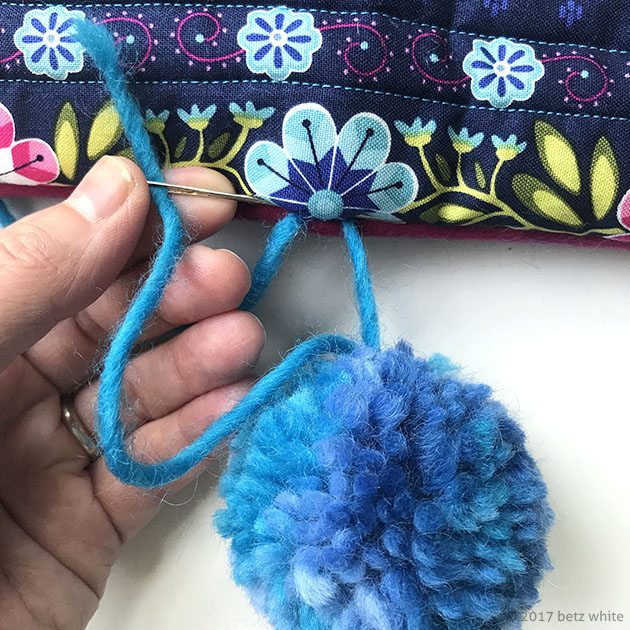 Next thread the needle with the other tail of the pom-pom tie and take a stitch at the seam line in the opposite direction.

Now take the 2 tails and pull them, bringing the pom-pom snugly against the seam. 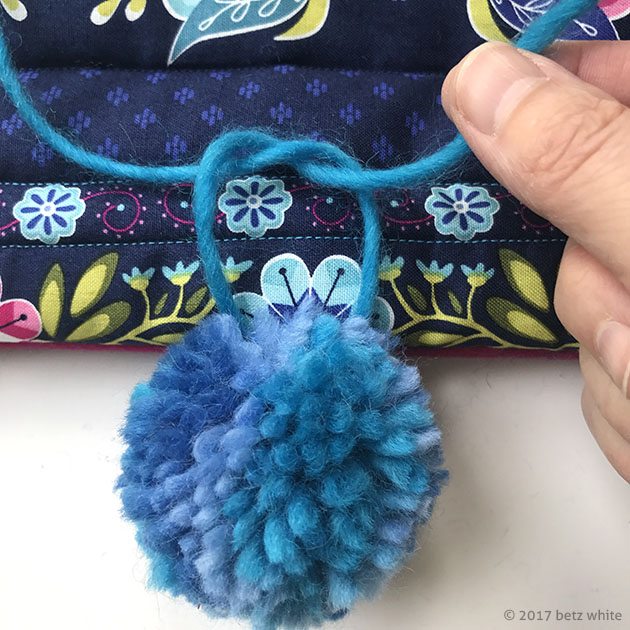 Tie the tails together in a double knot under the pom-pom then trim the tails. Repeat, attaching the pom-poms evenly along the side seams. 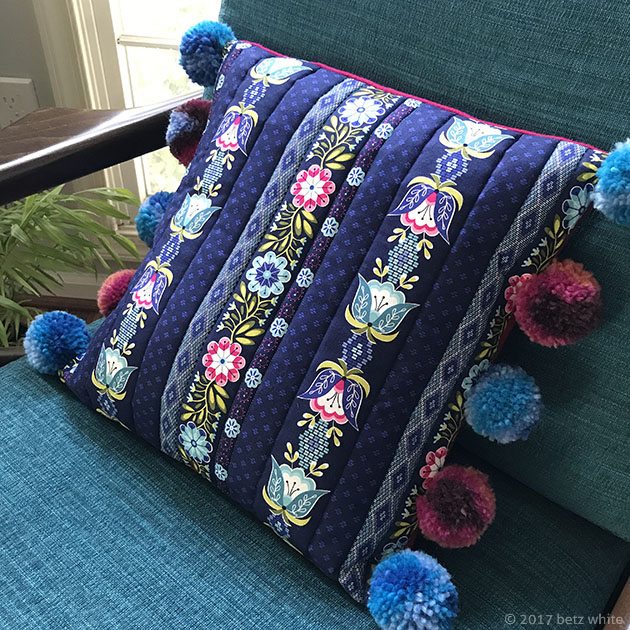 When you’re done, pop the pillow form back inside the cover and there you go! Adding pom-poms to your sewn projects gives them a fun boho feel. Now that you’ve seen how easy it is, are you going to try it? Let me know!

Share on TwitterShare on FacebookShare on PinterestShare on LinkedInShare on Email
accent, llamallooma, pillow, pompom, tutorial

Please do not copy my original artwork or take images or content from this site without my explicit permission. All projects and tutorials are for non-commercial, personal use only. Thank you.