My younger son is passionate kid. When he gets a vision for a project, he is driven to see it through. If you’ve been a regular reader over the years you’ve seen his over-the-top birthday parties and Halloween costumes and just how involved he is with them. 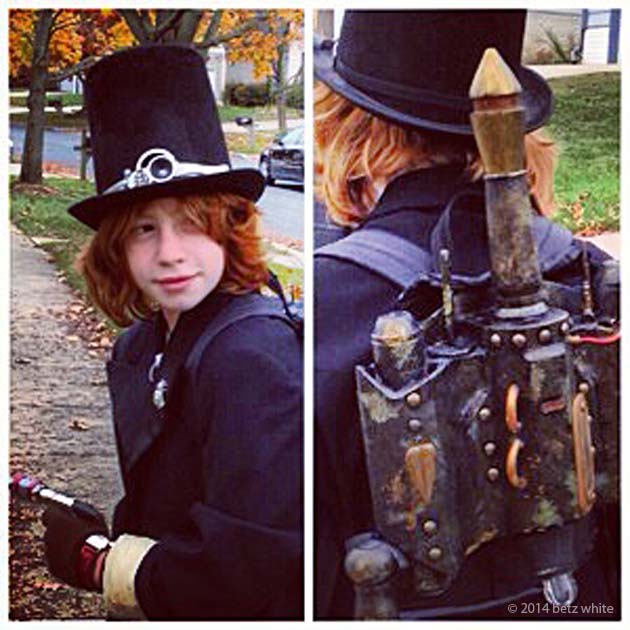 Recently he wrote a fantasy/action mini-novel full of dragons and mythology for a class assignment. The story just poured out of him. He was so proud of it, he printed out extra copies to hand out for friends and family to read. Inspired, he decided to write another story. But this time he was stuck. And frustrated. He had an idea (steam punk dragons in outer space) but he couldn’t get started. I suggested that he draw for a bit and let the story come to him. He drew something, but it wasn’t “good enough”. He sat at the computer and tried to write. Nothing. “Mom, why can’t I do this? I WANT to write this story but it’s not happening!” That would be a creative block, sweetheart. I feel your pain! 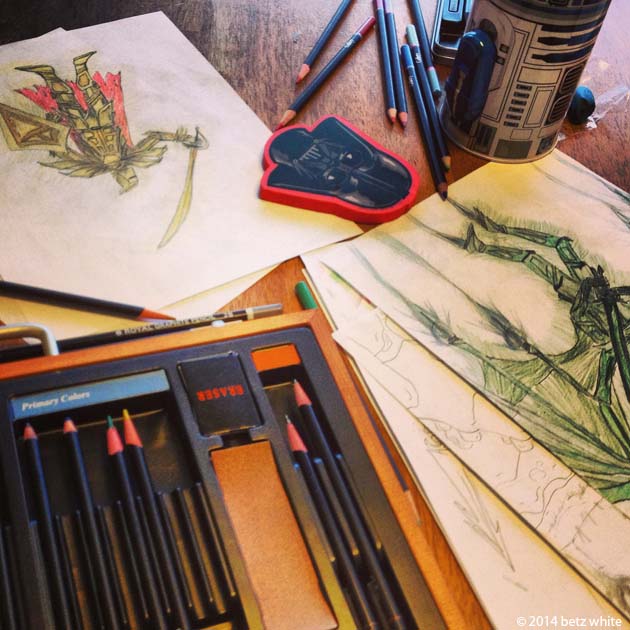 Sketches in progress by S. White

We went for a walk and I tried to explain how sometimes taking a break and not thinking about a problem will bring you an answer. I told him about the Ira Glass piece in which Ira explains that in order to be really good at something, you’re probably going to be really bad at it first, but keep trying. I think this happens a lot. You try a new thing you are interested in, you stink at it, and you quit. Or you persist! Know that you will stink at it because you are new and then push through that. I told him about the John Cleese presentation about Creativity and about that awkward, painful period of creative thinking that you endure before the big breakthrough. You have to give yourself time, even if it feels uncomfortable. He listened, we walked. I think he got it.

The best part about parenting is relearning the lessons you’re teaching your children right along with them. They’re growing and we continue to grow with them. I’m not sure if I really helped him that day, but he’s still drawing and still writing and that’s what’s important. Don’t let the passion fade. Keep trying, you’ll get better at it. You may not live up to your own expectations at first. But excellence will come with persistence! These are lessons I learn myself, over and over again.

Is there a passion of yours that took time and persistence to cultivate? How did you push through the uncomfortable parts?